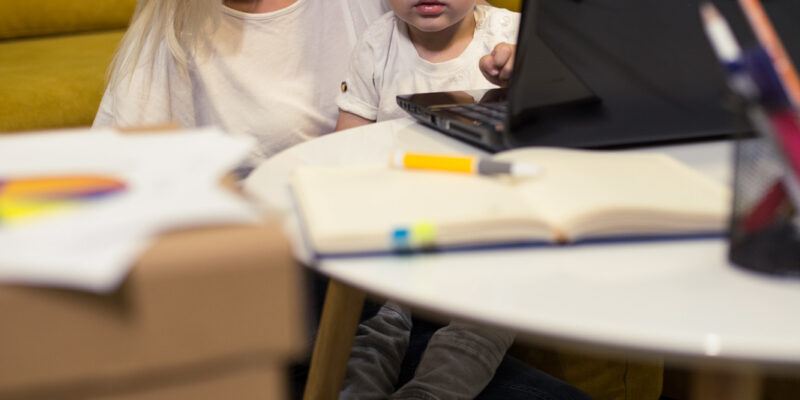 What Effects Does Multitasking Have On A Person?

Multitasking is very common these days with most doing it every day under the assumption that it helps them get more work done. However, there are dangers of multitasking. The truth is multitasking makes us less productive, which is especially important for students, because it adversely affects memory and focus. The American Psychological Association also mentions that multitasking makes you less effective at multitasking. Since multitasking involves doing multiple things simultaneously, it means you are dividing your attention, which makes you less effective at the activities you are doing. And because you are dividing your attention, it can make it tougher to finish the task without making mistakes..

When we multitask and try to do two (or more) things at the same time we actually slow down our reaction time and make it less likely we’ll be able to do our tasks effectively. Every time we “multitask” we are dividing our attention between two tasks, so neither one gets the full attention it deserves. This is what leads to the slow reaction time, the mistakes, and the feeling of being overwhelmed by everything. And the problem is, the human brain doesn’t multitask very well at all. We typically only have the ability to perform two or more tasks at once for about 20 to 45 minutes before we need a break. The best way to avoid this trap is to focus on one task at a time. When you’re doing something, really focus on that one thing. Be present in the moment. If you’re working on a project, be present in your work. If you’re with a friend, be present with your friend. If you are at home, be present at home. If your mind begins to wander to something else, gently bring it back to the task at hand. This is how you ensure you are giving each of your tasks the attention they deserve..

What are the disadvantages of multi tasking?

Multi tasking can be bad for work. It may be tempting to do several things at once, but the truth is it takes constant switching between tasks to accomplish even one thing. You can become increasingly distracted and unproductive by trying to do several things simultaneously. Plus, your mistakes will likely be frequent and costly if you’re writing reports, typing emails, talking on the phone, and making sales calls. The last thing you want is to lose your job because you’re unable to focus on your primary responsibilities..

See also  How Do You Multitask In A Busy Office?

According to many studies, there are many negative effects of multitasking. The main reasons for this is divided attention and the inability to focus. If you are aware of what you are doing and how you are doing, then you can understand and learn from your mistakes. When you practice multitasking, you will feel more productive and confident, but in reality, you will get less work done and more frustrated. This happens because your brain is not designed to handle so many different tasks at the same time. If you want to become a better worker, then practice single-tasking and focus on the one thing at a time..

Why are multitasking people bad?

It may sound like a good idea to do several things at once, but it is difficult to do and not very efficient. Researchers have been split on this issue, but recent experiments have shown that people are not good at multitasking. In one study, students were tested when given a math test while listening to a tape, and when listening to music. This is a task that people would consider fairly easy to do at the same time. However, when it came time to score the tests, the students performed much worse when listening to the tape. The researchers concluded that people’s ability to do two tasks in a short amount of time is severely impaired. In a later study, a group of students who were told to read a book while listening to a voice on a tape, were unable to recall the material from the book nearly as well as students from a control group not required to multitask. In these experiments, the students were told to listen to the material in the tape, so they could focus fully on it, not to listen half-heartedly. In other words, if the task is easy, the student will have a hard time concentrating..

Yes, multitasking is harmful. In short term it boosts your productivity, but in long term it has a heavy toll on your health. It decreases your IQ level and brings you in depression. It is reported that multitasking causes stress to the level of a serious illness..

How does multitasking affect communication?

Multitasking is a term used for performing multiple tasks simultaneously. In order to multitask, our brain needs to divide our attention among various tasks. Since most of the jobs today require a lot of thinking, multitasking can affect communication. It is important to understand that there is a difference between multitasking and multi-focus. Multi-focus allows a person to perform a single task with multiple methods. When a person multitasks, he is required to switch from one task to another pretty frequently. One of the major side effects of multitasking is that it is impossible for a person to do a task very well when he is performing multiple tasks simultaneously. We all have a limited amount of attention span, so when we divide our attention among various tasks, there is a lot of information loss..

Is multitasking bad or good?

It depends on the nature of the task. If you are doing two simple tasks such as watching TV and cooking dinner, it’s not bad. However, if you are doing two complex tasks such as completing your business report and your email check, it is not good. Research shows that multitasking is slowing your performance and giving bad results. It is also confusing your brain and is not allowing it to focus or concentrate on a task and that’s how you can mess up..

What happens to your brain when you multitask?

Being able to multitask has long been considered a ?superpower’. However, recent research has shown that even though you are able to carry out multiple activities at the same time, the quality of your performance on each task suffers. Does this mean multitasking is usless? Not at all. It means you must use it in the appropriate situations. Multitasking is useful when the task of the same type of work must be done in quick succession. It is not of use when you are trying to pay attention to what you are doing. For example, when you are driving, you need to focus on the road when an activity that is unrelated to driving..

Why is multitasking so important?

In a word, multitasking is important because it allows you to accomplish more. It lets you work on projects, write reports, watch TV, and talk with your family at the same time. You can also manage your time better when you can do more in a shorter period of time..

Why are humans good at multitasking?

Why are humans good at multitasking? We do many things at once because that is how our brains are wired. Our brain is constantly bombarded with information. We take information in by seeing, touching, tasting, smelling, and hearing. The human brain is able to process the incoming information rapidly to help us make quick decisions. Having the ability to do multiple things at once is a trait that has allowed humans to survive in the past..

Yes, you can, but it requires that one thing is more important than the other. It is easier to focus on two things as long as one of them is more important than the other. For example, if you need to focus on two things, doing homework and studying for an exam, then for the most part, you should be able to do both with relative ease. The thing that will make or break you is how important each task is to you and what type of mood you’re in..

What Is An Example Of Multitasking?

Can A Person Really Multitask?